Between the years of 2012 and 2016 I did freelance work as a graphic designer working in a variety of mediums for a variety of clients.

The first project highlighted here involved designing a logo system for a music collective in addition to a range of other design work. Poster designs were heavily influenced by the black laser and screenprint signs used in the early 2000s.

In the second project I explored how to produce unique and low cost merchandise for a band, finding a good solution in the use of bleach on coloured t-shirts. 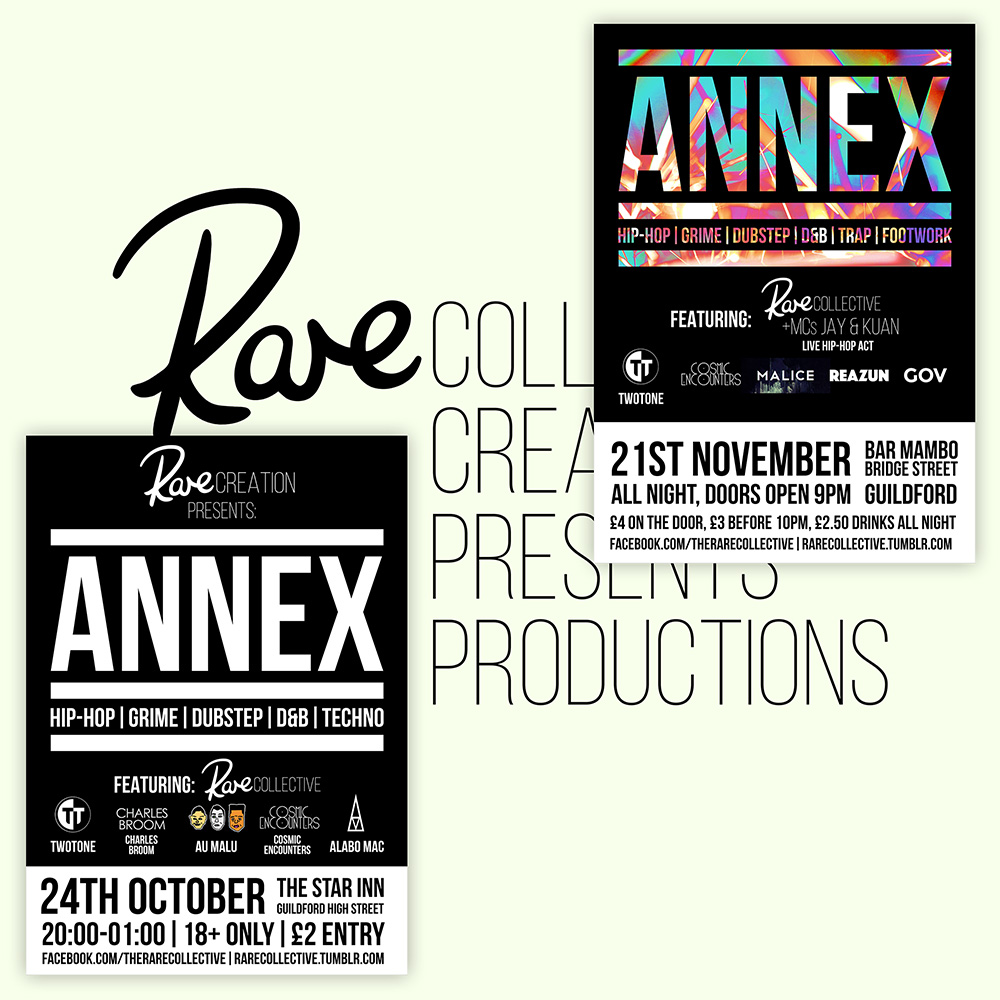 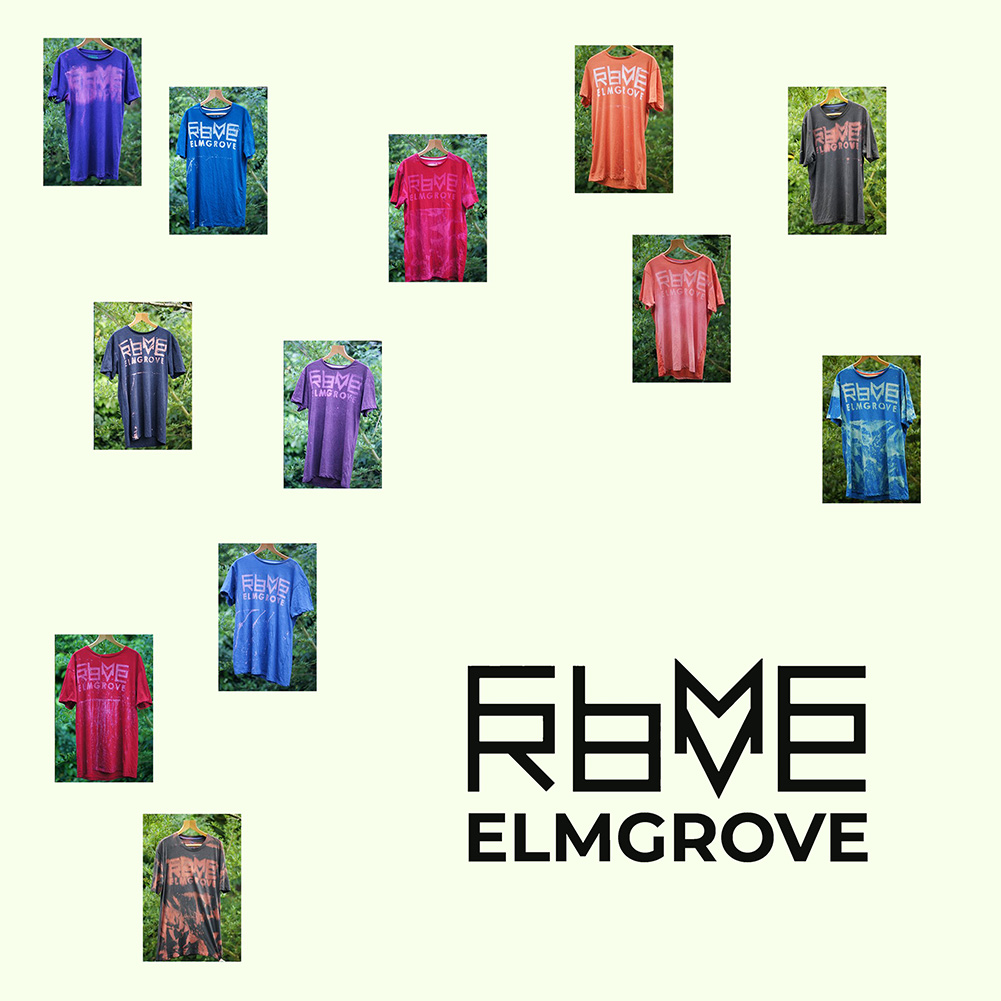 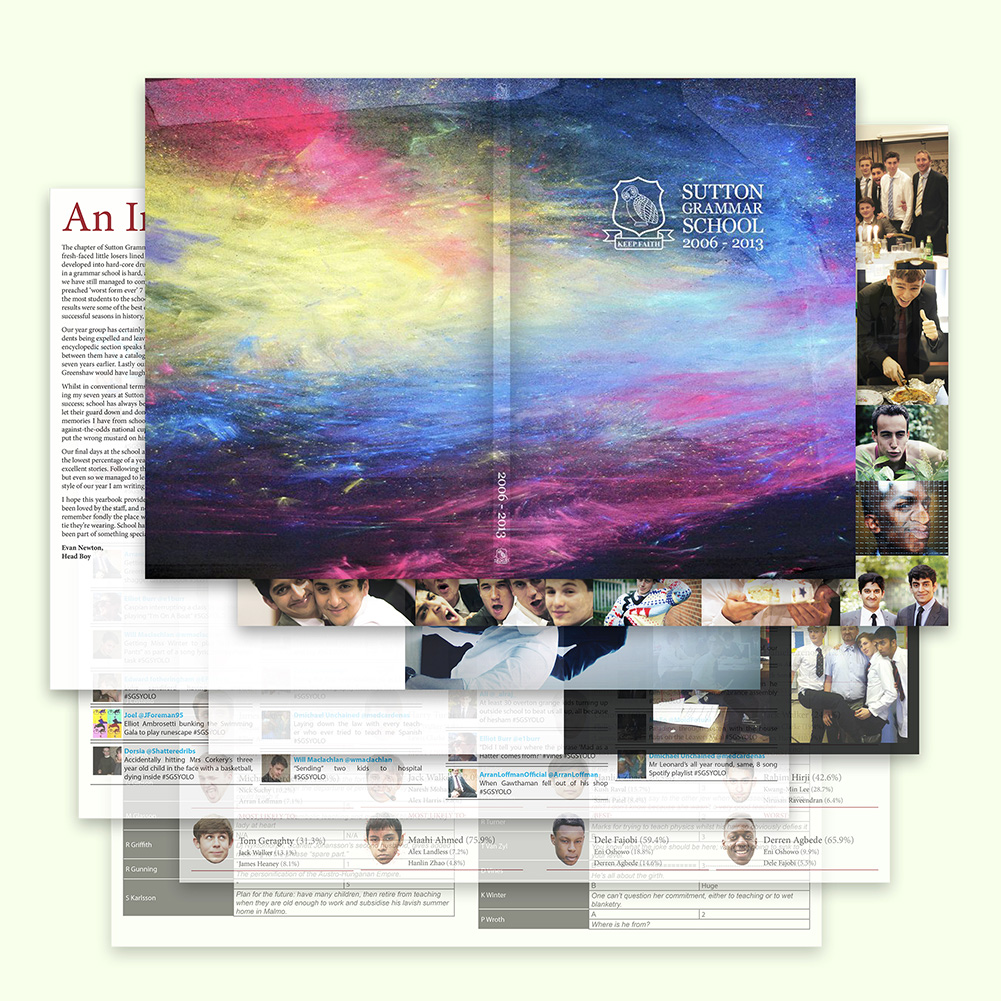